A Colourful Future For Shower Enclosures?

Word famous designer, Giorgio Armani, once said, “The difference between style and fashion is quality”. Whilst he may have been thinking primarily about clothes it’s a statement which holds true for many things: not least of which being the increasing popularity of coloured shower screens.

Looking back to the early 2000’s shower enclosures were almost exclusively only available with polished silver, white or occasionally gold frame around a clear, patterned or frosted glass. Whilst polished silver with clear glass shower enclosures remained a popular choice they were joined in popularity by the frameless or semi-frameless shower screens – utilising slightly thicker glass to offset the lack of framework.

Recently advances in both technology and changing tastes have seen somewhat of a renaissance in the ‘traditional’ options of polished metal, such as bronze, or plain white shower enclosures. Today, matt painted blacks, whites and a large range of varied metal finishes, such as antique gold, bronze or brushed stainless steel shower enclosures are adding to the choices available.

However, rising quickly in popularity a newcomer is starting to make its presence increasingly felt: the coloured shower enclosure.

Whilst innovation and changing tastes can always be relied upon to bring new styles and looks to a market this current trend in abandoning the older gold, white or stainless steel shower enclosures can be traced back to the introduction of coloured shower trays by manufacturers such as Fiora. Most recently, the launch of their ‘Box’ coloured shower wall panels – designed to match the colour of their shower trays – has stimulated the shower enclosure market.

It seems likely that rather than being a simple fad the increasing popularity of coloured shower screens marks a significant trend toward increased customisation – with an ever widening choice available to consumers and bathroom designers. So, what options might we see in the future?

Certainly, both frameless and semi-frameless shower enclosures, featuring the traditional polished meta finishes will continue to be popular – Not everyone is enamoured with the idea of solid black shower screens! However, with an ever growing choice of colours and finishes available premium framed shower enclosures may well see a resurgence in popularity due to designers and shower enclosure manufacturers embracing new methods to drive creativity.

Whilst powder coating will undoubtedly enable customers to match their shower enclosure to a specific colour scheme, as with tiles and shower trays, metal spraying technology will also feature strongly. The ability to offer a wide range of metallic finishes and hues could well invigorate the market for bronze, gold or simple stainless steel shower enclosures again.

Naturally, it seems likely that it won’t just be the colour or finish of the frame which changes when it comes to showers – but also the glass itself. Whilst, coloured glass has been available some time the current trends point strongly to this becoming a much more popular option – after all why not have blue glass to match the frame and tray of your new enclosure?

To us it looks clear that the future colours and styles of shower screens will be far from a black and white choice. 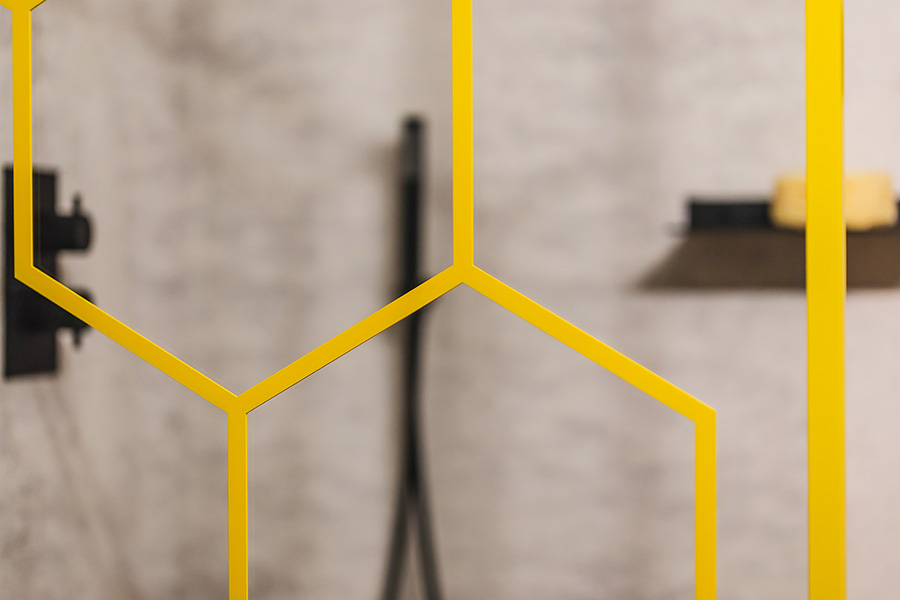 Why You Should Choose Karndean Luxury Vinyl Flooring

Roper Rhodes 20% Off Sale at Room H2o Until 28th February!
We use cookies on our website to give you the most relevant experience by remembering your preferences and repeat visits. By clicking “Accept All”, you consent to the use of ALL the cookies. However, you may visit "Cookie Settings" to provide a controlled consent.
Cookie SettingsAccept All
Manage consent

This website uses cookies to improve your experience while you navigate through the website. Out of these, the cookies that are categorized as necessary are stored on your browser as they are essential for the working of basic functionalities of the website. We also use third-party cookies that help us analyze and understand how you use this website. These cookies will be stored in your browser only with your consent. You also have the option to opt-out of these cookies. But opting out of some of these cookies may affect your browsing experience.
Necessary Always Enabled
Necessary cookies are absolutely essential for the website to function properly. These cookies ensure basic functionalities and security features of the website, anonymously.
Functional
Functional cookies help to perform certain functionalities like sharing the content of the website on social media platforms, collect feedbacks, and other third-party features.
Performance
Performance cookies are used to understand and analyze the key performance indexes of the website which helps in delivering a better user experience for the visitors.
Analytics
Analytical cookies are used to understand how visitors interact with the website. These cookies help provide information on metrics the number of visitors, bounce rate, traffic source, etc.
Advertisement
Advertisement cookies are used to provide visitors with relevant ads and marketing campaigns. These cookies track visitors across websites and collect information to provide customized ads.
Others
Other uncategorized cookies are those that are being analyzed and have not been classified into a category as yet.
SAVE & ACCEPT